Clients of ours, who were saving for a pool, wanted some sort of water feature to enjoy immediately. They had a lovely wooded backyard, so it also had to be natural looking.

After deciding on a stream with an upper and lower waterfall, they opted for a “pondless” reservoir system to collect the water. Their property abuts parkland and they were concerned that the usual above-ground type of fish pond would attract too many wild animals.

The “green” pondless reservoir system we installed at the end of the stream captures the water and recirculates it, making it a green system. Plus we designed it to seemingly disappear into the gravel instead of looking as if it’s being collected.

Deck and Patio’s Bill Renter chose a location for the waterfall feature where it could be seen from inside the house as well as from the patio.

For our efforts, Long Island Pool and Spa Association (LIPSA) lauded us with a Silver Medal! 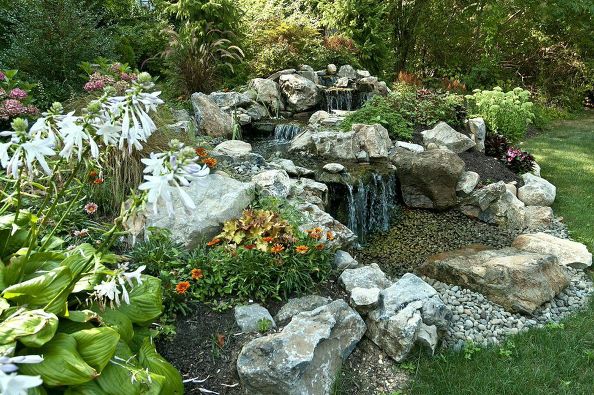 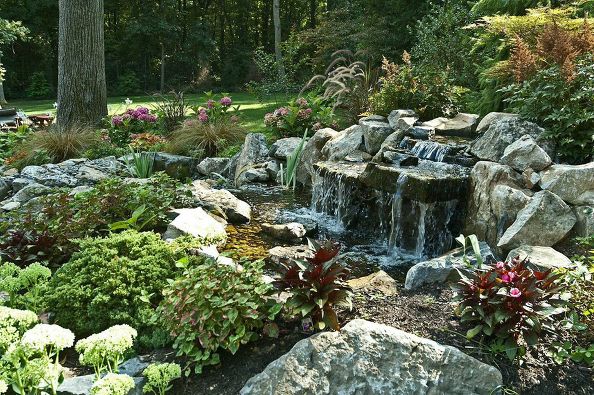 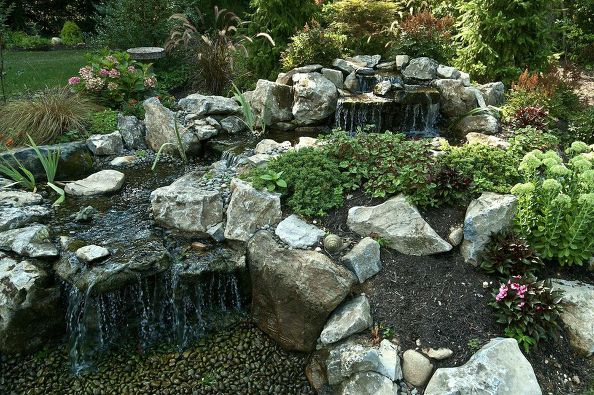 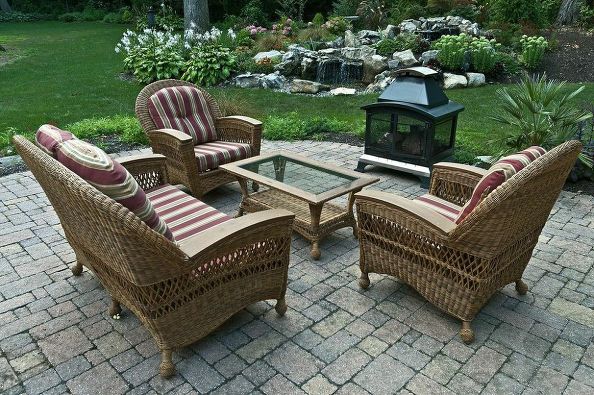 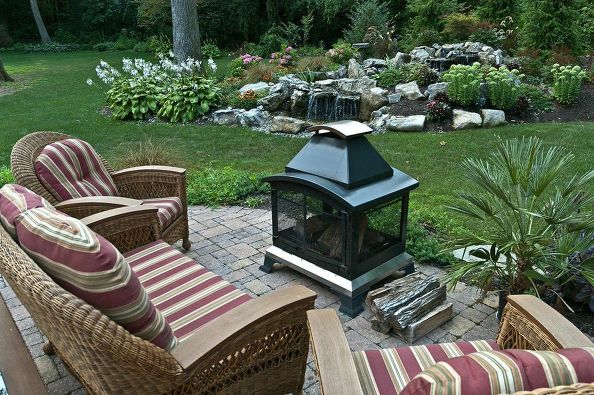