How Can I Keep My Pond Fish Safe from Predators?

How Can I Keep My Pond Fish Safe from Predators?

According to retailers, the pond and water garden industry has enjoyed a leap is sales during the pandemic. This jump has appeared in both water feature installations and maintenance services.

“Ponds are a wonderful way to enjoy the outdoors without having to leave home. And they can be built in any size,” says Dave Stockwell. “But those who want a pond large enough for koi often worry if they will be able to keep their pond fish safe from predators.”

Pond fish are worth protecting. They are not just lovely to look at; koi help balance the entire ecosystem of a pond. 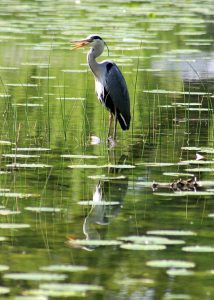 A water feature with sufficient water depth will dissuade, for example,  raccoons and cats from going after your fish, since neither species enjoy swimming to get their dinner. 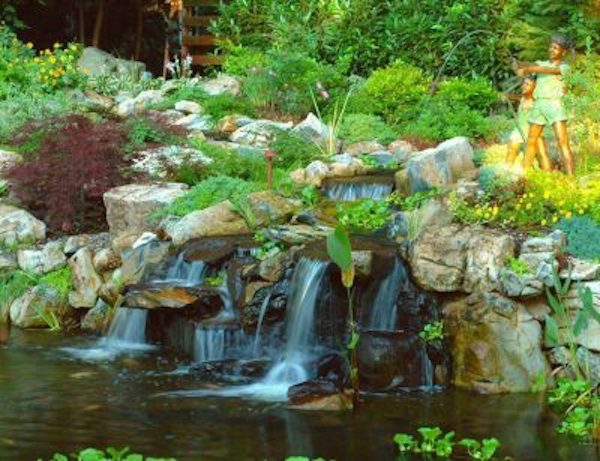 Another helpful idea is adding a waterfall feature. The continuous movement of bubble rocks, waterfalls, or even water from nearby sprinklers will put off many predators.

Also, unlike still water which offers a glass-like surface, bubbling water from a waterfall etc. disturbs that serene surface, making it harder for predators to see the fish underneath.

“In addition, when we construct a pond, we frequently include underwater koi castles,” says Dave.. “When the koi sense danger, they can hid in there until the creature has given up.”

1. Statues: Some swear by scarecrows like owl statues. Others recommend a decoy-heron. Indeed, being territorial, herons will usually avoid conflict with what they perceive as another heron. Be sure the decoy is large enough to appear as a reasonable threat, however. And it is also important to move the decoy every few days. Herons are clever and will soon figure out a decoy that never moves isn’t a danger. 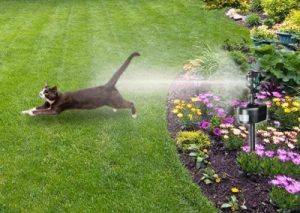 Final Note: Koi are a healthy part of this Deck and Patio pond’s natural ecosystem. We construct ponds so they have lots of room to hide as well as swim. We also ensure the pond is sufficiently deep, including around the edges. We add plenty of high rock overhangs to discourage predators. A motion-activated sprinkler and a koi castle offer the final bits of security.