Just this week, the New York Daily News ran a story “The most incredible waterfall hikes in the world.” Traveling to these worldwide locations might, indeed, be wonderful.

But did you know you can add a dramatic waterfall in your own yard that provides some of that same awe?

“There is a wide choice of design options for your own backyard water feature,” says Dave Stockwell.

In addition to its majesty, another reason for adding a waterfall, adds Dave, is its ability to block out noise. This is a great help if you live in a heavily trafficked neighborhood.

Consider the following watery trail we created for Long Island clients. It meanders along a formerly unused slope in the clients’ backyard.

“Gravity is a very energy-efficient way to make the water move forward,” says Dave. “And during winter, the moss rock boulders become stunning ice sculptures that beautifully extend the seasonal enjoyment of it all.” 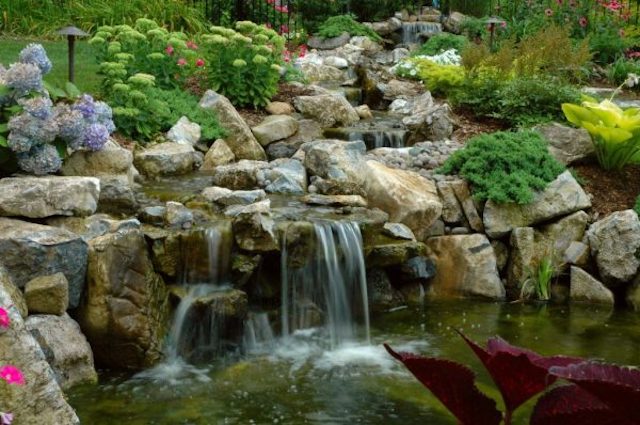 Backyard Stream and Pond (Long Island/NY) by Deck and Patio 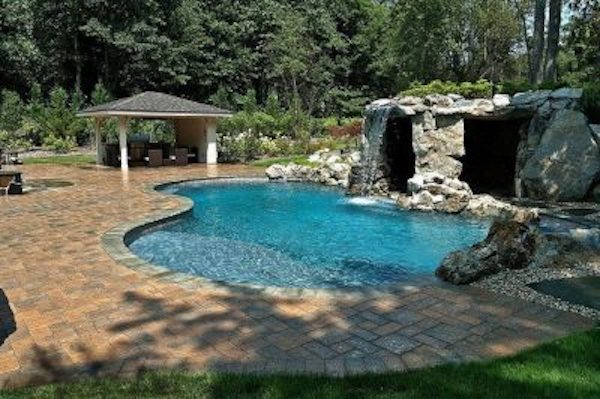 The high waterfall spills into the pool — just outside from a grotto-spa where you can escape from the heat of the sun. 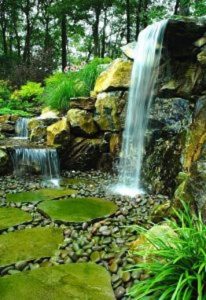 Another good example of waterfalls offering more than majesty is this project where the waterfall area was conceived to fix a soil erosion/retaining grade issue. (See also our feature photo at top of page.)

“When we did this project, we actually removed an existing slide that went in to their old pool,” says Dave.

“Instead of adding a new slide, we used the space for a ‘pond-less’ waterfall system by Aquascape that filters and collects water flow from the waterfalls underground and recirculates it.”

We even added a stepping stone path in front of the waterfalls so they can stroll right past it — as if they were on vacation in the Caribbean or the like.”

Here’s another project where stepping stones bring you past a stunning group of waterfalls.

Not far from the right edge of the project’s pool, Deck and Patio built a 19-foot natural moss rock barrier with a “pondless” waterfall. A small upper patio sits between this attractively landscaped barrier and the project’s spillover spa with its own waterfall.

“Like other projects we’ve done, this waterfall also gives the impression one is vacationing on some south sea isle — away from everyday life,” says Dave. 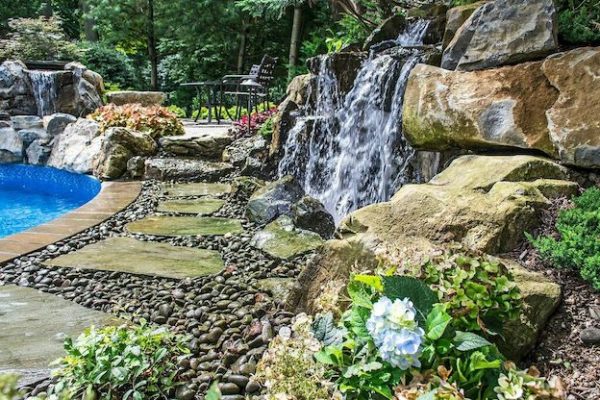 So! Travel the world and see some of earth’s waterfall majesty by all means. But you can also have some of that awe right in your own yard.