“There are many properties on Long Island where a few landscaping upgrades can create an ideal environment for enjoying the outdoor season,” says Deck and Patio’s Dave Stockwell.

A great example of just such an upgrade began when our clients, who were saving for a pool, wanted some sort of water feature to enjoy immediately, adds Dave. They already had a lovely existing wooded backyard, so adding some inspiring waterscapes was all it needed.

After deciding on a stream with an upper and lower waterfall, they opted for a “pondless” reservoir system to collect the water because their wooded property also abuts parkland. They were concerned that the usual above-ground type of fish pond would attract too many wild animals.

“The “green” pondless reservoir system we installed at the end of the stream captures the water and recirculates it, making it a green system,” says Dave. “Plus we designed it to seemingly disappear into the gravel instead of looking as if it’s being collected.

The Deck and Patio design team chose a location for the waterfall feature where it could be seen from inside the house as well as from the patio.

As you’ll see from the following photos, for increased well-being, our clients have lovely natural scenes right in their backyard where they can enjoy nature without having to travel anywhere. And for our efforts, Long Island Pool and Spa Association (LIPSA) lauded us with a Silver Medal. 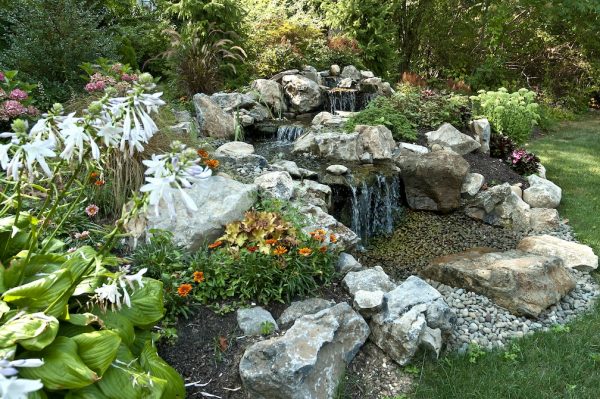 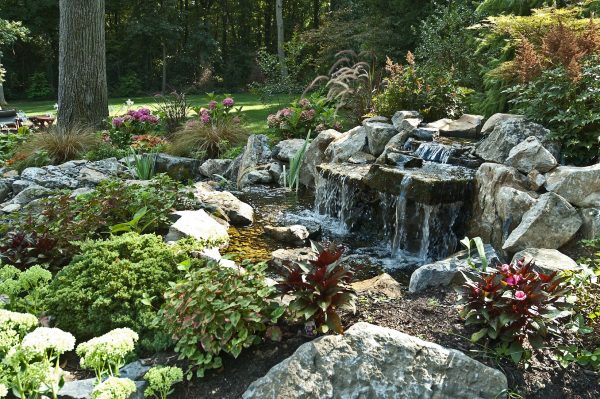 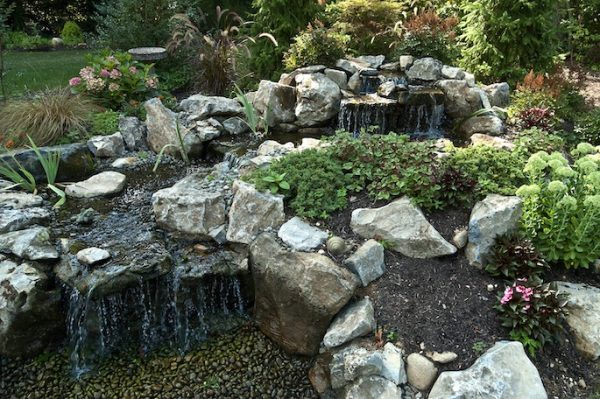 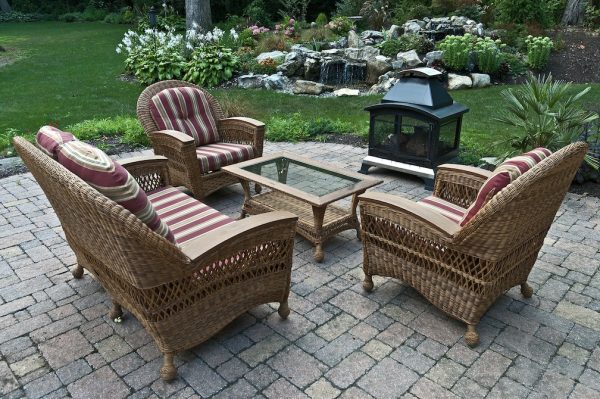 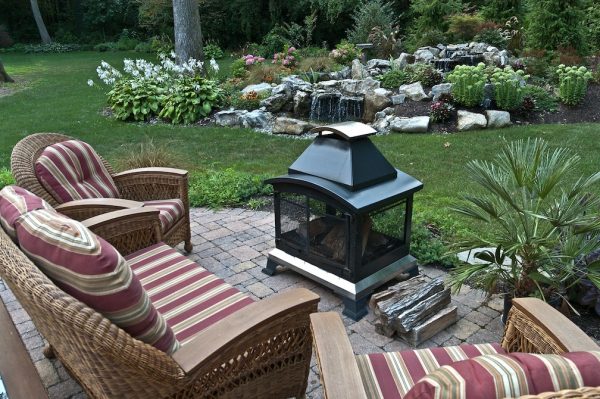