Because this spool has remained a popular download across our social media platforms even today, we thought readers would like to see some of our file photos for this project.

These capture its various stages — from the first marking of the grass during very cold months, to the finished landscaped custom spool with waterfall. When we started out, it was cold and snow did (temporarily) interrupt the project. .

As you will see from the process of this project, winter was upon us not long after we began. Of course, winter in our neck of the woods does not always mean snowy or even frozen ground and we do a lot of construction during the cold months.

For this project, fortunately, we had had time to dig out the area before we had a big snow — giving a great head start come spring. We simply covered the hole while we all waited for warmer weather to arrive. 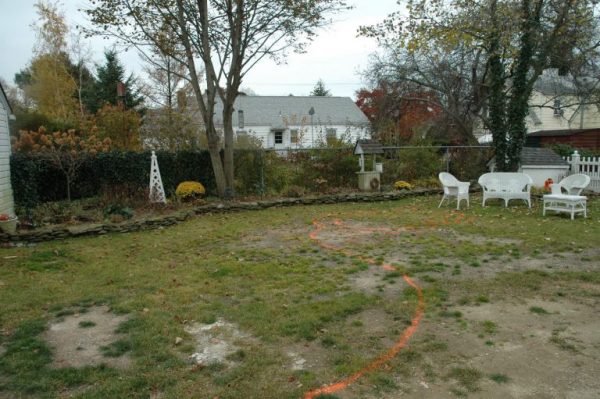 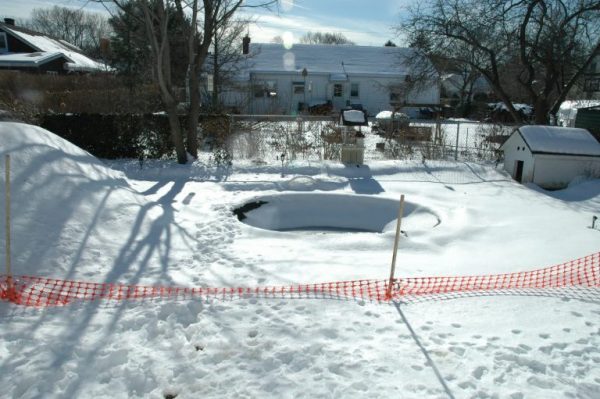 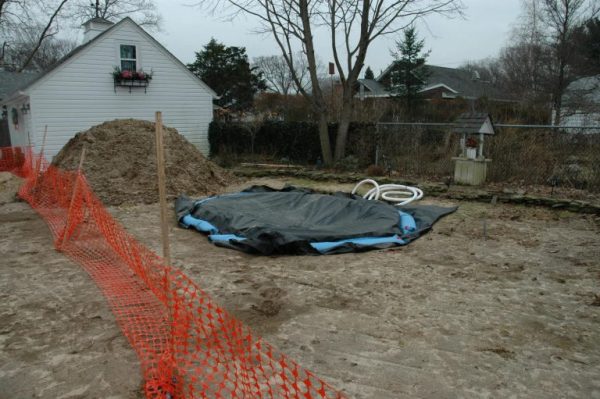 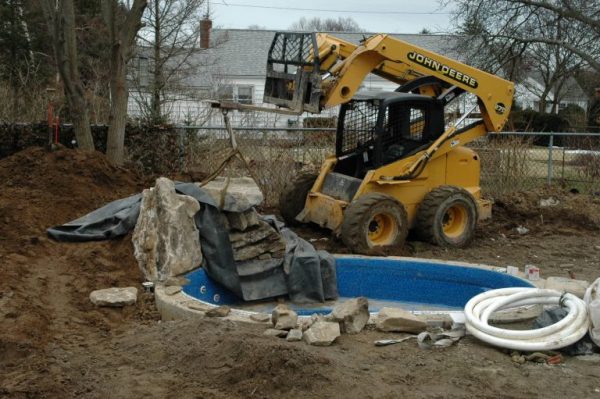 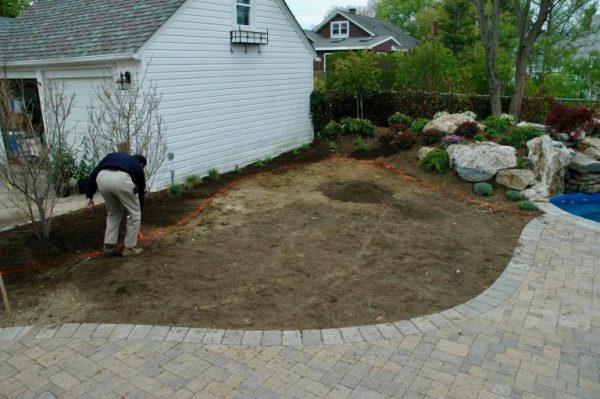 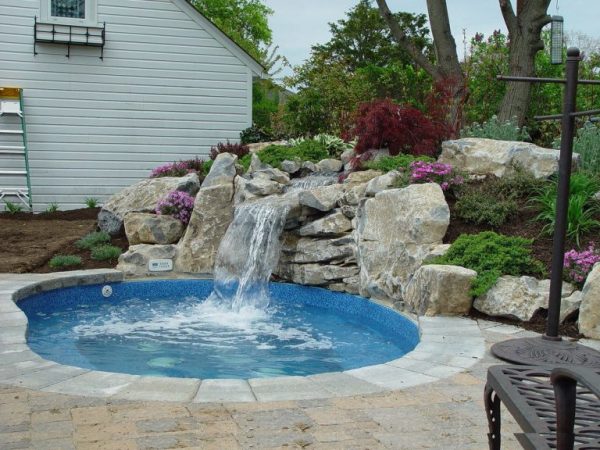 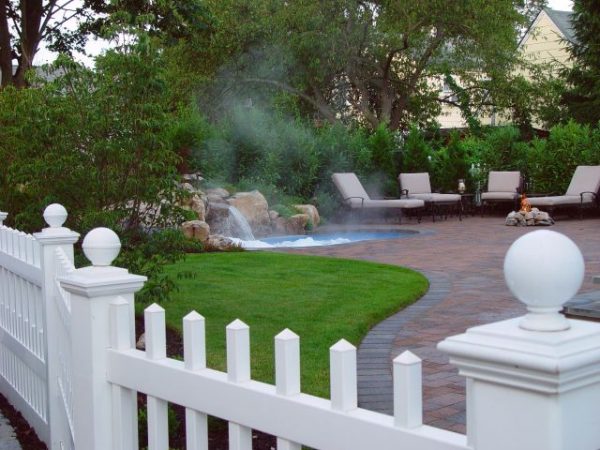 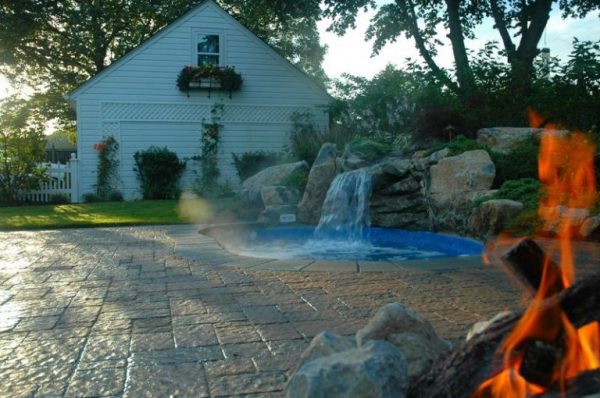