Waterside Living: Landscaping After a Storm

Waterside Living: Landscaping After a Storm

As of this writing, there are still a few homes in Long Island that have yet to regain power after Tropical Storm Isaias two weeks ago. And as with all major storms, those who live close to the water deal with additional challenges and problems. 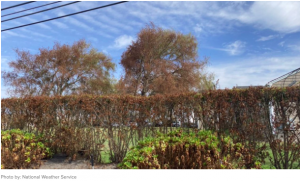 For example, not only did Isaias knock down trees all over the Island, but as News 12 reported, the wind, as it picked up salt water, caused a strange phenomenon.

Many bushes and trees — that weren’t uprooted or outwardly damaged — were “burned” by the salt and have since turned brown — as if autumn had already arrived.

It seems Mother Nature has many ways of destroying the landscape. And because our homes are our havens, resurrecting damaged properties always begins in heartache.

Landscaping After a Storm

When such a new beginning is needed, our job at Deck and Patio is to restore a home’s landscaping — with sensitivity as well as with creative ideas.

For example, after a hurricane ravaged Long Island a few years back, we were called in to help do just that.

The owners of a waterside property — whose home was situated on a bay off the Atlantic in Bellmore — were initially shaken by the loss of their outdoor living backyard amenities.

After visiting the site, Deck and Patio was inspired to design/build a new 3-tier Trex deck and free-form vinyl pool to replace what was lost.

“One reason we chose a composite decking material like Trex Transcend is, not only does it hold up to intense sun, it won’t absorb water like natural wood will,” says our own Dave Stockwell. “Plus, Trex’s steel elevation framing provides an additional measure of security when strong winds hit.” 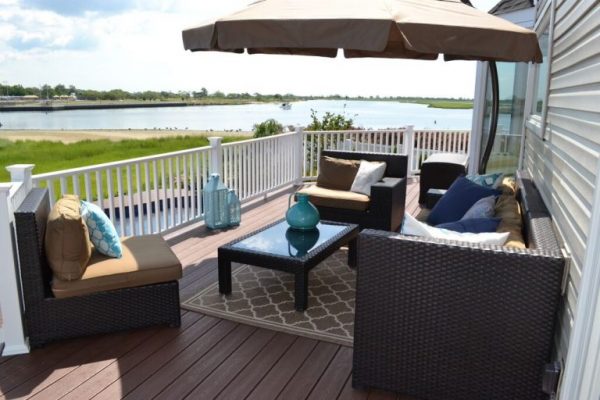 The backdoor of this home is set high above ground. In order to bring the outdoor space up to the same level as the home, Deck and Patio’s team divided the deck into three levels leading from the door, down to a new freeform vinyl pool and beautiful deck surround. 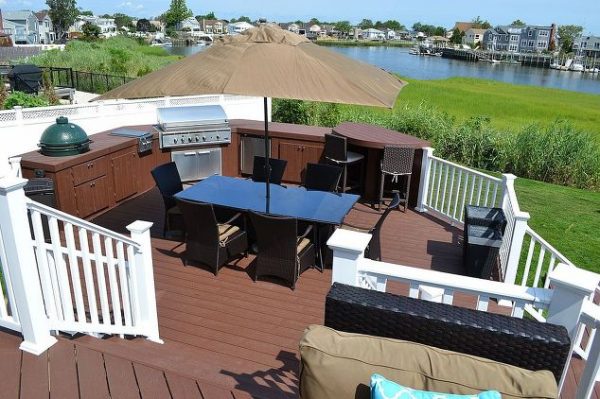 Considering the vistas open to this home, maximizing them was an important factor in every part of our design. Facing in a different direction just steps from the seating area, level two of the new deck offered a custom outdoor kitchen/eating area.

A new grill, refrigerator, and smoker/cooker were set within curved custom cabinetry with a raised bar that mimics the Trex decking. The white vinyl railing offers dramatic framing around the warm wood tone of the outdoor kitchen and deck. 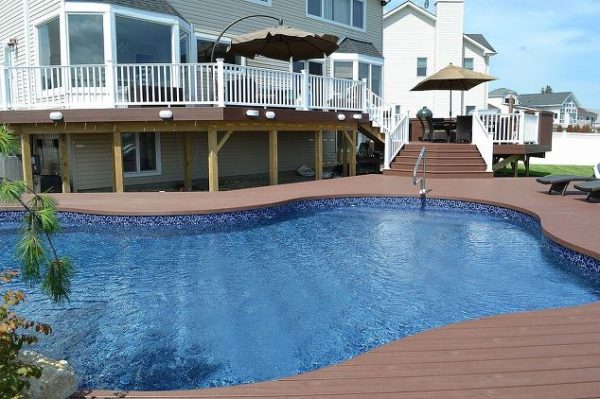 In order to bring the outdoor space up to the same level as the home, our design called for three deck levels leading from the door down to a new freeform vinyl pool.

The Trex composite decking we used is a composite fabrication that eliminates cracking, rotting or splitting — perfect for waterside living. Trex requires no sealants because the composite materials are protected from UV rays; it also allows no damage from insects, water, or sun. 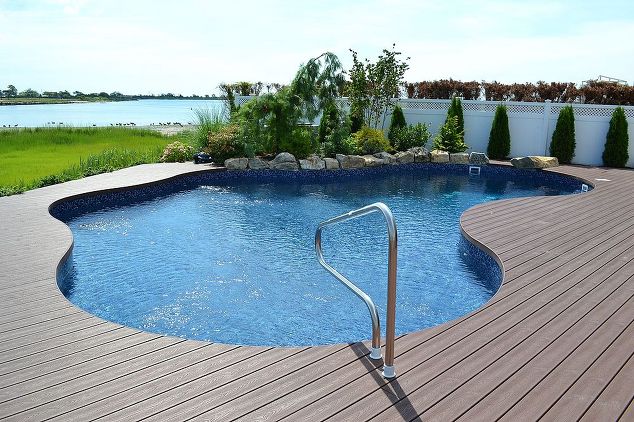 Again, considering the beautiful vistas open to this home, maximizing views was an important factor in every part of our design.

The pool is vinyl-lined; our design/build team added a Long Island boulder wall in front of some plantings to increase the natural look of the pool area; we also added a large custom diving rock.